Many of you are already familiar with SMB shares (more colloquially known as "Windows network shares" and, among Linux users, as "CIFS shares"). If you are, then you probably also wonder if there's a "Linux network share". The answer is that, yes there is, they're called "NFS shares". So what are NFS shares and why should you use them?

First of all NFS shares are a protocol for network file sharing, in fact that's what "NFS" stands for, "network file system". It's a protocol that allows you to export files across a network so that additional devices can access them.

Maybe you're already using a network share, so when should you choose NFS over SMB? Here are the reasons to consider NFS over SMB/CIFS/"Windows Shares":

When Shouldn't You Use NFS and Consider CIFS/SMB Shares Instead?

Just as important, and probably even more important than knowing when to use a tool, is to also know when not to use it. There are a few things to consider when choosing NFS over SMB:

In general, for most home and small business users, I would suggest that your default posture be toward SMB, using NFS when you have identified a specific need for it (i.e. you need some Linux-specific functionality like backing up directories with symbolic links).

How to Set Up an unRAID NFS Server

So you've decided to go with NFS on your unRAID server, where do you begin?

This starts up the unRAID NFS server. (Don't forget to click apply!)

Deploying an unRAID NFS Server Behind a Firewall

Note that this set up is only necessary if you need to access your NFS server across a firewall or access control list (ACL). This step will not be necessary for 99.9% of you. The only firewall the majority of you will have will be the one on your router and you should never be exposing your NFS server directly to the internet.

This set up is for those of you who, like me, have a separate DMZ network that occasionally needs to access the unRAID server across a firewall (actually an access control list (ACL) in my case). If you're interested in my network/DMZ ACL set up, you can read more about it here:

Introduction to DMZs, Firewalls, and ACLs

In networks exposed to potential hostiles (think networks with web servers), we typically isolate that network from the rest of the network by way of access control lists (ACLs) or firewalls. This network is known as a DMZ and the typical way of securing it is to set up firewall/ACL rules that explicitly permit only absolutely necessary traffic and block everything else by default.

Let's say we want our DMZ servers to be able to backup certain files to our unRAID server over NFS. In order to do so, we need to explicitly permit this NFS traffic through the ACL to our unRAID server. There's one slight problem though: by default NFS listening ports are randomly assigned. This makes it difficult to explicitly permit traffic through the ACL since we don't know what ports to allow through.

The solution? Set up static NFS server ports on unRAID. This will allow us to have static, predictable ports to permit through our firewall/ACL.

Today's guide will be focused on the essentials to get you up and running with NFS on unRAID so, if you want more details, or just want to know how to figure this kind of stuff out on your own, check out the notes I took when I set this up on my own server here:

In order to set up static NFS server ports, you'll first need to make sure you have the User Scripts plugin installed:

Once you have the User Scripts plugin installed, we'll create a new script to define those static ports. Thankfully, Arch on the unRAID forums has already written it for us:

Update (8/30/2021): With the updates that Unraid has been making, beginning with a 6.10.0-rc1, the original script no longer worked due to a change in the /etc/rc.d/rc.nfsd config. I was able to resolve this by updating the script to what you see above. The above script should work with 6.10.0-rc1 going forward, while still maintaining backward compatibility for previous versions.

Source: Arch on the unRAID Forums

Set the script to run at startup of the array:

The exact configuration for this will depend on your specific firewall application, but in general the goal here is to permit traffic with a destination of <unRAID server IP Address> on ports 111, 2049, and 32766-32768.

Since I'm using ACLs on an L3 managed switch, I use advanced ACL rules. For you visual learners, here's what they look like on my config:

Note that I only have TCP ports permitted. unRAID supports both UDP and TCP, so you can choose to permit both TCP and UDP traffic through your firewall/ACL. I use TCP exclusively for the reasons outlined here.

If you're interested in my notes from when I first set up a static NFS server on unRAID, you can check them out here:

Running into trouble mounting your NFS client? This post may help you troubleshoot your NFS mount:

That's all there is to it! You've now successfully deployed an NFS server on unRAID.

In the next article, I will show you some best practices for mounting an NFS share on Ubuntu (including how to avoid the dreaded NFS "stale file handle" error and how to have your NFS client fix itself should it occur).

Are you running an NFS server out of unRAID? If so, what are your specific use cases for doing so?

Update (8/30/21): The latest Unraid update (6.10.0-rc1 currently) broke the above NFS Static Port user script. I patched the above script and so you may need to update your own user script to the updated version above when you upgrade to 6.10+. 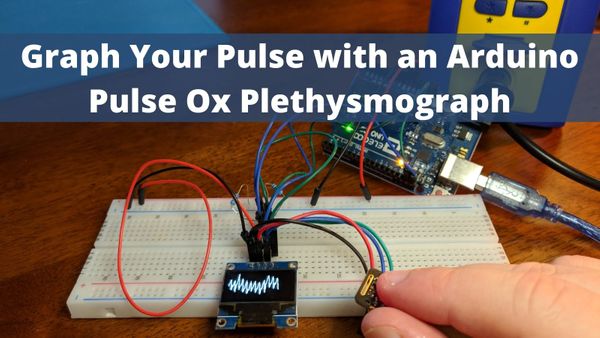 With the recent COVID-19 outbreak, I have noticed a new interested in biomedical engineering and electronics among the general population. In this tutorial, I’ll guide you through creating your own Arduino-based pulse plethysmograph.