By now you've discovered some of the many shortcomings of Plex. One of which is that you can't share individual videos with your friends or family- you have to give them access to the entire library! It's even worse if you have kids and all of your movie content is stored under a single "Movies" library: "Saving Private Ryan" is going to be right next to "Tangled".

Well, thankfully, there's a way around that. Enter "symbolic links". I'll do another tutorial on what a symbolic link actually is in the future, but for now, think of them as Unix's version of a shortcut- it merely points to the filename of another file located somewhere else. This means that to share specific content with users, all we have to do is create a library folder specific to that user and place a bunch of symbolic links in it referencing the content in the libraries we have stored already.

So yes, we do still have to create a new library to share with users, but the good news is that we can do this all without having to make a duplicate of the file and taking up valuable storage space!

If your Plex Media Server is a normal install (i.e. not running in a Docker container), creating a symbolic link is pretty straightforward. Just create your new library directory and navigate to it in a terminal. Then just execute the following command:

The above path in the [insert file path to video here] can be either a directory or a video file itself. Just create a symbolic link for each individual directory or video you want to share. That's it!

Normally symbolic links ("symlinks") are quite transparent to applications in Linux (that's the whole point), but in the case of running Plex on an unRAID server, we have an additional challenge: Plex is running in a Docker container. Plex Docker containers have a volume mapping configured to map the media path in the Plex container to the user share on the unRAID host. The chances are that the two file paths specified for the container and the host don't have the exact same parent directory (if they did that would partially defeat the point of the abstraction that Docker containers give you).

The above configuration shows what I mean a little better. As you can see, the Host path does not equal the Container path. The consequence of this is that the Docker Host and the Docker Container have two different systems of reference. This problem we run into when we run the command "ln -s" above is that the symbolic link created follows an absolute path so when the  Plex Docker container starts to follow this path that's specified based off the Host's directory tree, it fails. I think an example will help illustrate:

Thankfully this is easily fixed with the addition of the relative (-r) argument to the ln command which will instead give us a relative symbolic link:

The example below demonstrates the difference compared to a "regular" symlink:

This allows the Docker container to translate the file path specified in the symbolic link into its own internal file structure. That's it!

In a future tutorial I will explain more of the technical details behind symlinks and you'll see equivalent alternatives to the command above.

I recently just built an unRAID rig which has now been deployed to my DMZ. It’s great, but something I have been struggling with is that periodically my FileZilla 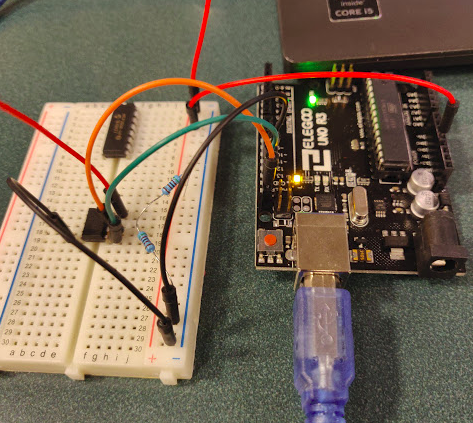 In a previous post, we covered how to expand your number of analog inputs by using an external ADC over the SPI bus. Today I want to demonstrate how to