I stopped using Windows on my own PCs about two years ago. Not because I don't like Windows, I actually really like Windows 10 (keep reading), but when you're running Linux servers, it's just so much easier to run the same OS on both your development PC and your production servers. That and when you're administering servers, as you so often do when you have a homelab, you just can't beat the command line of Linux.

Now, with Intel's latest panoply of security flaws and the revocation of Intel HPET on the Linux kernel, I've been forced back onto Windows since my battery life on Ubuntu is now abysmal: I get around ~7-8.5 hours on a charge with Windows; that battery life drops to 2.5 hours on Ubuntu on the exact same brand new laptop. So kudos to the Windows kernel team. There's something to be said for paid developers.

Being back on Windows, I am quickly reacquainted with all of the things I missed about Windows. I now have Launchy back. I used Albert on Ubuntu, but he's no Launchy. On Windows, I also have access to all of the "creative" applications only available to "mainstream" consumer OSes, specifically the Adobe suite of products. I don't currently know too much about graphic design, but I've decided that its a key skill for the developers of the future and as such I will be teaching it to myself this year. And then there's PuTTY- oh how I've missed PuTTY. I love its ability to save connection settings, but what I've missed most of all is that, in PuTTY, simply highlighting a row of text copies it to the clipboard. None of that separately right-clicking-to-copy-from-the-drop-down-menu or accidentally-using-the-wrong-shortcut-key-comb-and-sending-a-break-command-to-the-terminal mess. Yes, I know, PuTTY is also available for Linux but you just don't have the same need for it in Linux where a quick launch of the terminal puts you right into SSH.

So now that I am on Windows, while all of my servers run Linux, I find myself in the Operation Market Garden of DevOps. I feel as though I am on the wrong side of the bridge (if you don't get the reference, check out the movie A Bridge Too Far).

Wouldn't it be great if you could get the best of both worlds where you could keep your Windows desktop but still develop in Linux for Linux? That is the purpose of the remote development server.

What Is a Remote Development Server?

What Are the Advantages of Remote Development Servers?

Setting Up the Remote Development Server:

Hopefully, I won't catch too much flak for this, but the purpose of this guide is for deploying a remote development server, not "how to set up a VM". Additionally, the way you deploy a VM varies based on your virtualization host (ESXi or Proxmox) or maybe you're not self-hosting and you want to use a service like Digital Ocean. Besides, I assume if you're reading a guide like this, you already know how to set up a VM.

Feel free to let me know if I am off base here and you need help in the comments/forums.

That being said, I probably will do a brief guide in the future on my typical VM configuration in Proxmox. Heck, I'll probably also do one on setting up a Raspberry Pi as a remote development server.

For obvious reasons, being able to remote into your remote development server is essential. Your standard Ubuntu desktop .iso doesn't come with an SSH server installed on it, so we'll need to add it ourselves with:

Have you ever been at the airport, SSH'd into your server to do something thinking that it will only take a moment, kick off the program, and then realized it was going to take significantly longer right as you're called to board? Or maybe your laptop's battery is just dying? If you lose connection, whatever you were running goes with it. This can leave you in a very bad way.

Well, with tmux you no longer have to worry about that. If you've never used tmux before or you just want a quick introduction, check out the following tutorial in how to use tmux:

Now that you have set up a remote development server, let's use it to do some actual coding!

As always, leave any feedback/questions in the comments below! 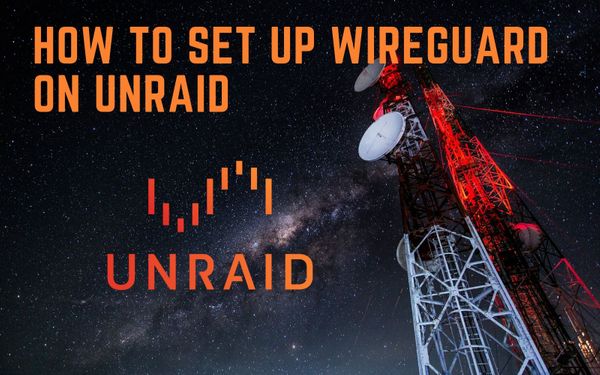 A quick-start guide for setting up WireGuard on Unraid. Benefits of WireGuard include easy deployment, lower latency, and improved battery life. 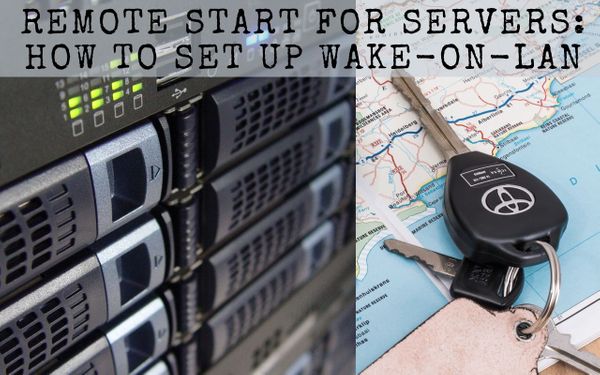 Start your unattended server wherever you are in the world over the internet. A complete tutorial on wake-on-LAN (WOL) with a reverse SSH tunnel using nothing more than a Raspberry Pi.